Posted on June 13, 2017 by dutkiewiczarchive

Some time ago I photographed the above work, an abstract in oil by the late artist Stan Ostoja-Kotkowski (1927-1994)  in a  private collection in Adelaide.  Since then, a number of new things by the artist have come into my in-tray via email and Facebook.

One of the impressive items was a mural that had been left intact since 1960, in a house that had gone up for sale. This was very similar to work I had seen 20 years ago that was presented as part of the 6th Australian Architectural Convention Exhibition (6AACE) held in Botanic Park, Adelaide, in 1956. Stan was well known in Adelaide for his murals in hotels and restaurants, and his murals and bas-relief sculptures became very sought after in bars, hotels and corporate offices in South Australia and beyond. He held his first solo exhibition in Adelaide at the RSASA Gallery in June 1955.

Stan was also an impressive sculptor and photographer. Some years ago I worked at Flinders University Art Museum at Bedford Park SA accessioning work from a large collection of graphics, photographs and documentary material that was left to the Museum. It also included numerous oil paintings and examples of transitional works as he moved away from oils to plastics and electronic technologies, in op art and what would become his multimedia art that incorporated electronics, photography, light and laser projection and sometimes human performance. One of those images was incorporated into his profile that I included in my collaboration with Gary Sauer-Thompson in 2016, titled Abstract Photography: Re-evaluating visual poetics in Australian modernism and contemporary practice (Moon Arrow Press, 2016). 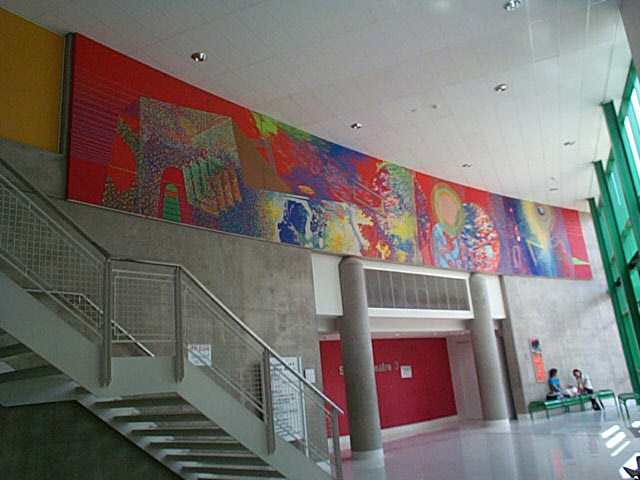 Around 2000 I managed to save a mural that had been installed in the international terminal at Adelaide airport – with the cooperation of the airport’s management, I managed to secure the work on permanent loan to Flinders University, with the help of the then Directors of the Museum, Doreen Mellor then Gail Greenwood. After negotiations, the mural was installed in the foyer of the IT Building on campus.

You can see some preparatory drawings here: https://collections.slsa.sa.gov.au/resource/PRG+919/79

I recently found another example of Ostoja’s oil painting style from the late 1950s in Adelaide: 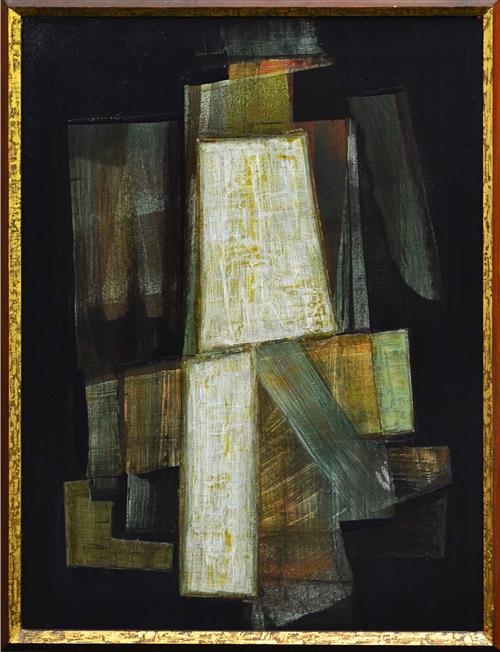 An amusing historical video exists that captures this artists experimental activities in Adelaide in 1962: https://youtu.be/bYP-Su8YP7k

Note that the narrator mispronounces Stan’s surname on each occasion – a sign of the times!

I just found a wallet of photographic prints of works by Ostoja-Kotkowski. There is no information on the packet. Many of the images (paintings, sculptures, photographs, installations, studio) are recognisable from the collection in the State Library of SA – they could have been provided to me by Ian Davidson around the time he was working on his manuscript on Ostoja, because many of the images translate to that project. The works appear to be from his first solo exhibition at RSASA in 1955.