Posted on November 26, 2014 by dutkiewiczarchive

Adam Dutkiewicz has been running his own small publishing company, Moon Arrow Press, since 2006. Since then he has developed skills using InDesign and Photoshop; he not only wrote or edited ten publications in his series Modern Art in South Australia but conceived an overall design and edited the volumes. Most of the books have had an overall design tweak by his talented and knowledgeable brother, Michal, who is a commercial designer, illustrator and comic book artist who started the SA Natureteers group on Facebook and its blog on WordPress (it deals with the biology of South Australian environments).

Adam had previous experience in publishing in the 1980s, when he ran the small press WAV Publications for several years. In those days everything was analogue, but now it’s digital, and in general he has broad skills and a general grasp of what’s required to present work for press. Adam has liaised with three offset/digital printers in recent years, who have done excellent work for him, and has ongoing correspondence with contacts about project proposals. His local printer is Openbook Howden.

Adam also produced a number of catalogues and publications for the Royal South Australian Society of Arts. One of the projects he did for them was the catalogue for the exhibition Jeffrey Smart & his contemporaries, which coincided with the Jeffrey Smart exhibitions at Samstag Museum of Art (University of South Australia) and Carrick Hill. Since then he has produced two volumes for their History Project – A Visual History, volume one, was published in October 2016 and volume two in December 2017, and a small monograph on the artist Doreen Goodchild, with Judith Brooks (2019).

In 2012 Adam published a small volume, The Path to Salt, a photographic essay on the Cheetham Salt Fields at Dry Creek, South Australia (top). This land has now been cleared to extend the existing wetlands (Winaityinaityi Pangkara) around the districts of Salisbury, St Kilda and Torrens Island. In 2019 he won the Photography section of the Solar Art Prize in 2019 for an image from the series.

In 2014 he won third prize in the Magpie Springs Photography Prize and was selected for the exhibition Light, presented by Atkins-Technicolour as part of the Shimmer Festival of Photography on the Fleurieu Peninsula, south of Adelaide. Atkins-Technicolour reproduced his image, Mt Lofty (below), in their catalogue of the exhibition. He also won third prize at Magpie Springs in 2015. 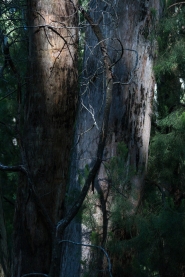 Adam also produced Brian Claridge: Architect of Light & Space, a volume on the late South Australian architect, art administrator, writer, thespian and educator for the Architecture Museum at the University of South Australia in 2008 (no. 2 in their monograph series), in the process delivering a coherent brief to the student designers who were later awarded a national prize for their work.

Since then he has curated a joint exhibition of his late father’s and uncle’s paintings at Nexus Gallery; and two surveys of his father’s art, at Murray Bridge Regional Gallery (2018) and Royal SA Society of Arts (2019). He produced volumes in his series of monographs on the printmaker Lidia Groblicka, for which he was liaising with the Art Gallery of South Australia  and National Gallery of Australia; and Francis Roy Thompson, for which he liaised with the AGSA and Tasmanian Museum and Art Gallery.

Adam expanded the knowledge gained by using blurb.com for his little photographic essay when he finished a large biography on my late father, the artist Wladyslaw Dutkiewicz (now available in a deluxe paperback edition); and in 2014 he published softcover and hardcover versions of the monograph on the artist Francis Roy Thompson, as well as a hardcover edition of the book on Lidia Groblicka through their online publishing system. Blurb is very useful for producing either high-end volumes or small editions. They have a range of formats and recently have established a printery in Melbourne, which should eventually and hopefully make costs more viable, as otherwise published material has to be freighted from America and is subject to additional taxes.

In recent years he has secured several freelance jobs for other publishers as editor of fiction, design consultant and cover designer. He has marked postgraduate theses on art, worked as a tutor in art history at the South Australian School of Art,  and also on the collections at the Samstag Museum of Art and Flinders University Art Museum. He also taught Writing and Editing for Publication in the School of Communication.

Adam would like to produce a book edition of his thesis, titled Raising Ghosts: Refugee and Migrant Artists and the Rise of Abstract Painting in Australia c.1948-68, which is essentially a history of abstract painting in Australia. He is currently working on a series of monographs on his own photography, Painting with Light, and a project from a field trip in 2016. 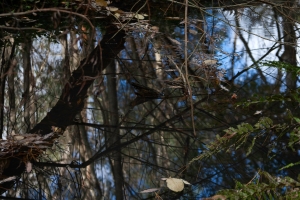